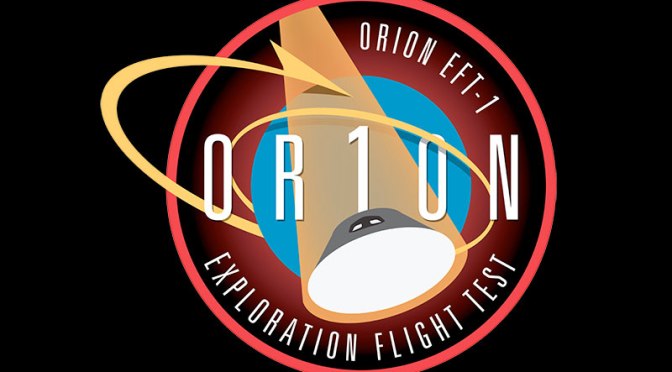 The second time was the charm.  After a morning of frustrated attempts to get the Orion Experimental Test Flight-1 (ETF-1) off the pad on Thursday, weather and flight hardware cooperated today, allowing NASA to boost Orion into space atop a Delta-IV Heavy rocket.  After a 4 hour journey, Orion came screaming back through the upper-atmosphere, its flight systems working great, the pressure vessel designed to protect astronauts fully intact, its parachutes opening on time.  Charging through the lower, denser atmosphere, Orion generated a signature double-sonic-boom.  The flight was an unqualified success — the first truly integrated testing of a new US human-rated spacecraft in 30 years.  NASA calls the Orion capsule and its dedicated booster (still in development) “Apollo on steroids.”  Conceptual planning for Orion missions envision a visit to a passing asteroid, the Moon and down the road quite a ways a trip to Mars.

NASA very adeptly promoted the implications of EFT-1 vis-a-vis our hopes and dreams to put boots on the ground on Mars.  But… the reality is that EFT-1, while a very important flight for NASA, barely moves the dial on getting to Mars.  Right now, there is no budget authorization or appropriation to send astronauts to Mars.  It will be four more years before we see another flight of Orion and that will likely be an automated flight without a crew.  The first crewed Orion mission under consideration is not scheduled to leave Earth orbit until 2021 — assuming no engineering or funding hangups.

There’s no question that the technology inside Orion is next generation but “Apollo on steroids” — which NASA never officially adopted as a tagline — doesn’t fit a program with a launch cadence that is so slow.  Perhaps Apollo on Benadryl?

The question of the hour is whether NASA, following this success, can leverage it to increase the momentum and funding needed to develop a vigorous and meaningful human spaceflight program:  one that builds intelligently on the experience in long-duration spaceflight gained from the International Space Station and that serves true and important scientific priorities.  If that prospect interests you, now is a good time to contact your senators and representative in Congress — to express excitement about the US human spaceflight program and request enhanced support for Orion and SLS (Space Launch System) development.  To do so, please use the following link: